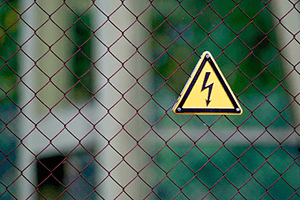 Lightning safety is a serious concern. There is no safe place outside during a thunderstorm. You need to take the appropriate actions to prevent incidents.

Studies using lightning detection systems have found that on average, lightning will hit within six to eight miles of the last strike. You can determine how many miles you are from a lightning strike by counting on the fact that light travels much faster than sound. Nearly a million times faster in fact. So when you see a flash, count the seconds until you hear the thunder and divide by five. If the thunder takes 10 seconds to reach you, the lightning struck two miles away. Not a good time to walk the dog!

But you don’t have to be that close to an active electrical storm to be at risk, the most dangerous part of a storm has proven to be along the fringes. If there’s no rain, people often stay outside, and when the storm clears, they head right back out. And that’s when many people get hit. Lightning can strike within 10 miles of a storm’s rain shaft, even reaching out some distance from the anvil to strike in a clear blue sky.

30/30 Rule: By the time the flash-to-bang count is 30 seconds, you should be in a safe location. And you shouldn’t resume outdoor activity until 30 minutes after the last thunder is heard.

Striking Blind: Researchers have shown that lightning is essentially blind as it reaches toward the Earth. It’s only in the last 100 feet or so that it begins to select a place to strike. Positively charged “streamers” emanating from objects on the ground reach up toward the lightning’s leader until a connection is made. Then, Wham! The tallest objects are likely to make the connection first. That means if you’re the tallest object around, or standing near the tallest object within 100 feet, you’re in a dangerous zone. There is a theoretical “cone of protection” 45 degrees out from any object that’s 100 feet tall, because the tall object should be hit instead of you. But on the other hand, the threat of being shocked by ground current makes this idea less than optimal. If you’re caught outside in the danger zone, and can’t get to shelter, the best thing to do, according to Brian Bennett who devised safety guidelines for college athletics, is to crouch down near some small trees or shrubs with taller trees in the area. Minimize contact with the ground and stay low by crouching on the balls of your feet. Cover your ears with your hands and tuck your head down.

Common activities associated with lightning strikes, in order of danger, are:

Safest Shelter: Remember, open structures are not considered safe. An enclosed building is the safest place to be when lightning strikes, just remember to stay away from plumbing and electrical wiring, and DO NOT use the phone.

If you can’t be in a building, an enclosed vehicle with a hard top and the windows rolled up is an option. But remember, it’s the metal casing around you that protects you, not the rubber tires. Don’t touch the sides of the car.