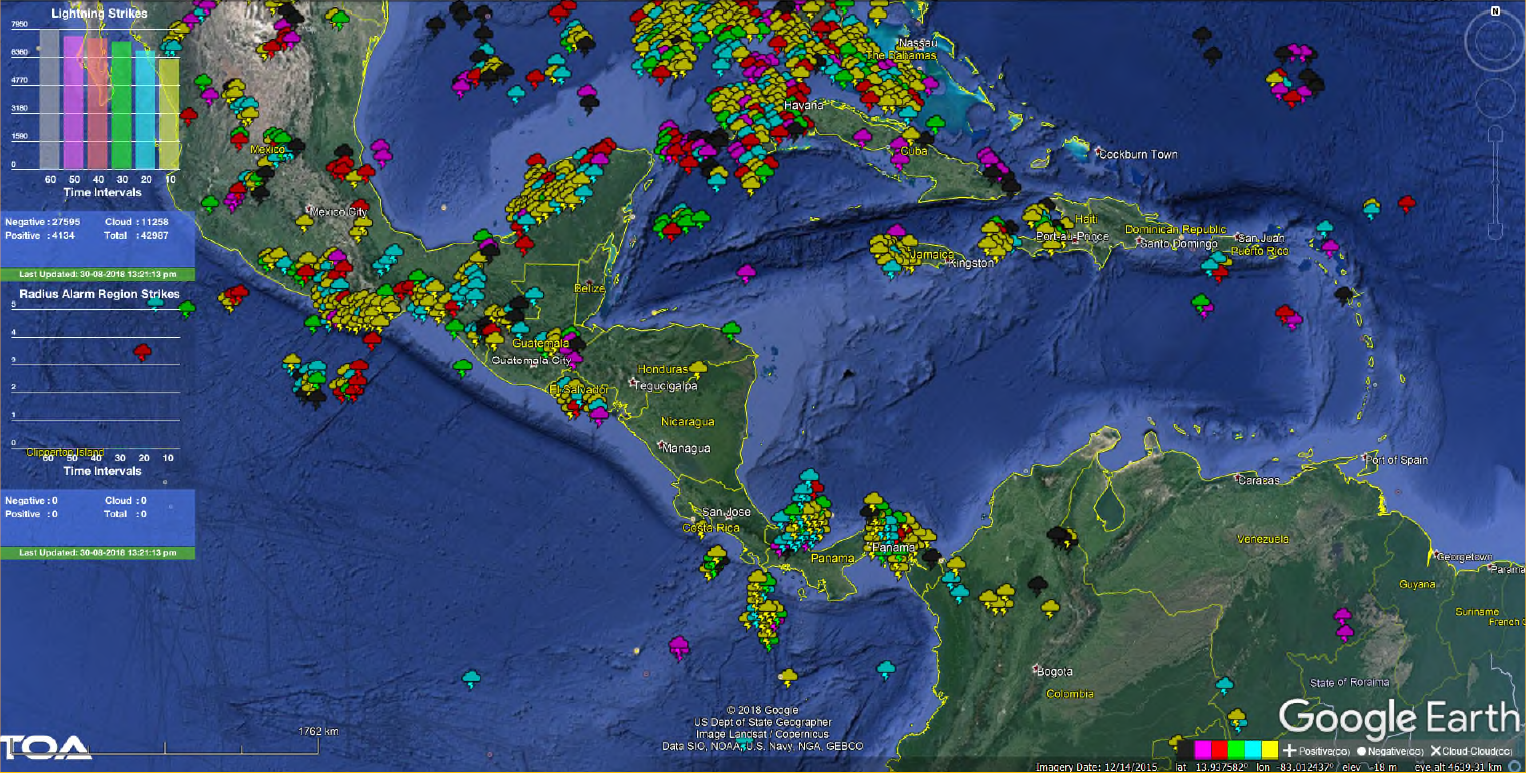 MIDS uses customized map backgrounds and colors to dynamically display detected lightning strikes. Every strike is represented in a color-coded icon, allowing the user to quickly identify where the strike was, when it was, and whether it was CG or CL. MIDS offers a vast array of customizable options, such as alarm range settings, sounds, graphical colors, and defined viewpoints.

The Lightning Archive
The database stores data from CAP™. The database is run on an SQL Server and is accessed across the network by programs within the lightning detection system. Learn More

Sensor Management
The sensor management software allows access to the complete system via a communications link to the CAP™. Learn More

Sensors
After many years of Research and Development, TOA has now released the latest generation sensor, the 4th generation Low Power Sensor (LPS), with some key upgrades that will allow us to further improve the lightning detection capabilities for TOA lightning location networks. Learn More

Contact us today to find out how we can provide you with one of the best lightning detection systems available.